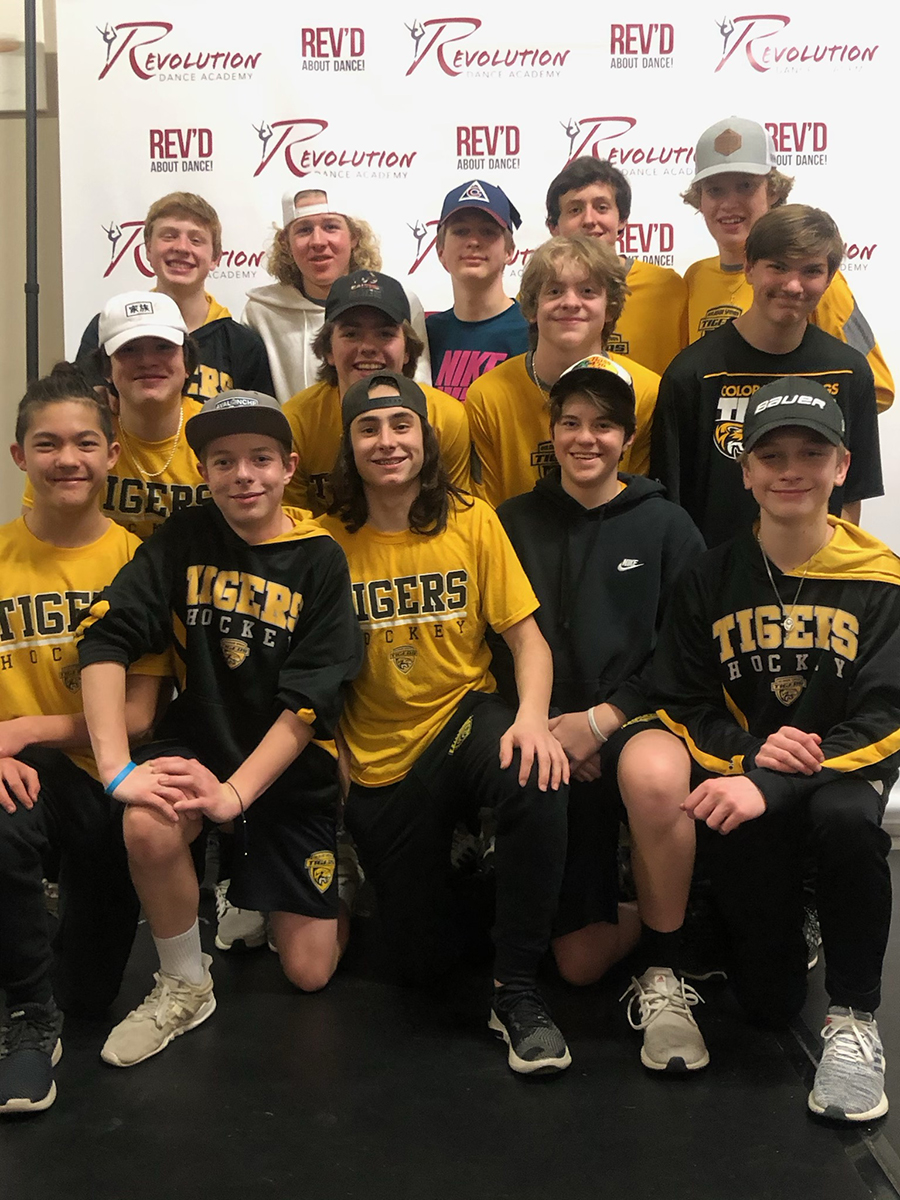 Sport specialization is defined as year-round training in a single sport while excluding other sports for more than 8 months per year. Although this approach for athletes is common, scientific studies continue to debunk the practice. The detriments of early sport specialization include among others, the risk of burnout, dropout, overuse injury, fear of reinjury, and decreased overall athleticism. Specific to hockey, a 2018 study conducted by the Penn State College of Sports Medicine revealed that early sport specialization (14 years and younger) is not necessary to play at an elite level (collegiate and professional). Instead, young hockey players should be encouraged to participate in a multitude of sports to enhance the overall development of athletic skills.

Several months after the Penn State study was published, an article by SI’s the Hockey News celebrated the 100th birthday of Anatoly Tarasov and his accomplishments as one of the most influential figures in hockey history. Tarasov was the father of Soviet hockey and founder of the famed Russian Red Army juggernaut. Author Ken Campbell writes: “When Tarasov took over the burgeoning Soviet program in 1946, he did so from scratch, with the most rudimentary equipment and almost no resources. But that didn’t stop him from building a program that would win its first World Championship within eight years and dominate every world competition from 1963 to 1972 (and beyond). He was the architect of the Big Red Machine, building the Soviet Red Army into a domestic and international powerhouse. And he did it with the most unconventional methods, right down to having his players take ballet lessons. In fact, the one-sport specialization that we’re seeing with so many young hockey players today would have driven Tarasov absolutely bonkers.”

The grace, strength, precision, and style demonstrated by the Soviet brand of hockey transcended and changed the modern game. Often described as an intricate and flowing approach that emphasized puck possession and teamwork over brute force and individual achievement, Tarasov used a multi-sport approach to develop the athleticism of his players. One of their most important secret weapons was learning and practicing ballet. Known as being the building block of dance technique, ballet uses precise and highly formalized set steps and gestures. Classical ballet, which originated in Renaissance Italy and established its present form during the 19th century, is characterized by light, graceful, fluid movements. At its most basic level, ballet promotes and develops the key traits necessary to achieve success in hockey: leg and core strength, balance training, fast footwork and coordination, body awareness, and injury prevention, discipline, and confidence.

Ballet dancers utilize their own body weight to develop strong leg and core muscles. The knee bends and leg extensions develop significant muscular strength that require continuous core muscle engagement. The jumps and turns supply additional benefits to hockey players by strengthening the lower and upper body, which ultimately improves power and stability on the ice. Balance is the key component to mastering ballet, as the center of gravity is continuously changing. The emphasis on strong footing and self-awareness directly correlates to absorbing or avoiding body checks on the ice. The quick footwork taught in ballet (including explosive jumps, pivots, and turns) leads to faster and more versatile footwork needed to maximize on-ice coordination and ultimately performance. The need for ankle strength and alignment increases range of motion and strength and creates faster more powerful skaters. With posture heavily emphasized, hockey players are able to better understand their core, torso, and pelvic alignment, which correlates to an improved skating stride. The heavy emphasis of stretching and flexibility training in ballet has a direct effect on injury prevention. Ballet exercises are designed to lengthen the leg muscles, making them more pliable and resistant to strain and tears. Ballet also improves the range of motion in the hips. Specifically, ballet is working from a turned-out position of the femur in the hip socket and works the rotator muscles, which is coincidentally similar to the mechanics of skating. Arguably, the most important correlation between ballet and hockey is the unique demand for discipline and confidence in both practice and performance.

Although there continues to be culturally misogynistic and xenophobic attitudes surrounding ballet, the perception that ballet isn’t masculine or laddish tends to create the stigma that works against the training benefits for hockey players. Data compiled by Doug Risner, a professor of dance at Wayne State University, revealed that only 32 percent of male dancers have fathers who support their desire to dance, and only want their sons to be athletic on the sports field. This stigma has kept ballet in the hidden background for many elite athletes and teams that utilize the practice to enhance athleticism for a competitive advantage. Relatively few articles have been published about the use of ballet for cross-training purposes; however, more teams and athletes utilize ballet as their secret weapon. Along with Red Army, football legends in the 1970s, 80s, and 90s like Lynn Swann, Barry Sanders, and Hershel Walker utilized ballet to advance their hall of fame careers on the field. Baseball legend Mickey Mantle and boxer Sugar Ray Robinson were also known to utilize dance in their training, and Edward Villella, a celebrated star of the New York City Ballet in the 1960s and 70s, was also a boxing champion.

Today, Elena Segal, who studied at the famed Russian Bolshoi Academy, works at the Anaheim Ducks facility with NHL players, USHL players, AAA players, coaches, and referees. Although she does not disclose the names of her clients, the athletes she trains are very receptive. “After teaching my students, many hockey coaches are surprised to see that the players are not just skating—they are actually flying on the ice with the grace of a dancer. I simply smile to myself with the knowledge that I have succeeded in bringing out the function of the intrinsic muscles—which were previously dormant and underutilized—to now become well-aligned, strong and prominent.” Although published evidence of hockey teams utilizing ballet as part of a structured training-regiment is very sparse, in 2018, CBS Channel 4 News in El Paso (TX) reported that the Rhinos 20U Junior team “held their first ballet workout with the British Ballet Academy on El Paso’s east side.” In 2012, according to the Ice News from the Nordics, the struggling Malmö Redhawks team incorporated ballet into its training-regiment to improve performance. Citing an improvement in balance and injury prevention, the instructor Sofia Nordgren was clear about the benefits stating: “Everyone could benefit from some ballet training.”

This season ballet was adopted by the Colorado Springs Tigers 14U Bantam AAA team. Led by Antonia (Matchefts) Freehling, a world-class professional dance instructor and owner of Revolution Dance Academy, the team is currently practicing in the studio one day per week. “I love bringing ballet technique to athletes, especially hockey players,” said Freehling. “Ballet is about gaining skill, fine muscle details, alignment, strengthened core and refinement of movement…. something I believe all athletes should strive for, including dancers of all levels and genres.” As the daughter of USA Hockey Hall of Fame inductee John Matchefts, she is highly in tune to the demands of hockey and the benefits of ballet. “I have witnessed practice immediately after a ballet class with the team and the high energy level, maneuvering on the ice, speed and coordination is measurable. And the strength, coordination, flexibility, and agility that is gained over time is exciting.” With her son Cael on the Tigers team, and years-long connections with his teammates, Freehling had immediate trust and buy-in, and all the players are learning quickly. “Teaching the 14U AAA Tigers has been especially fulfilling and rewarding. The team’s openness to learn has created a unique and fun atmosphere.”

The team has embraced this new cross-training opportunity as its own secret weapon for player development. Standout defenseman Ryan Seder attributes his time in the ballet studio to noticeable improvement in on-ice performance. “I feel like with the ballet I’m using different leg muscles that I haven’t used before, and I’ve already noticed a difference in my skating. I’ve also noticed an improvement in my balance, which we spend a lot of time working on in classes.” Ignoring the stigma associated with ballet and masculinity, Seder goes on to recognize an important aspect of ballet that has helped the collective success of his team. “Practicing ballet together has given our team another opportunity to bond away from the rink. Everybody has embraced it, and looks forward to the next class; it’s been a lot of fun.” Following the season, Revolution Dance Academy plans to continue providing ballet classes for hockey players. This off-season training supports efforts to avoid sports specialization, and reinforces the benefits of participating in an activity that compliments hockey. Perhaps Mr. Tarasov would be proud of this approach to player development.

“I really reject that kind of comparison that says, Oh, he is the best. This is the second best. There is no such thing.”