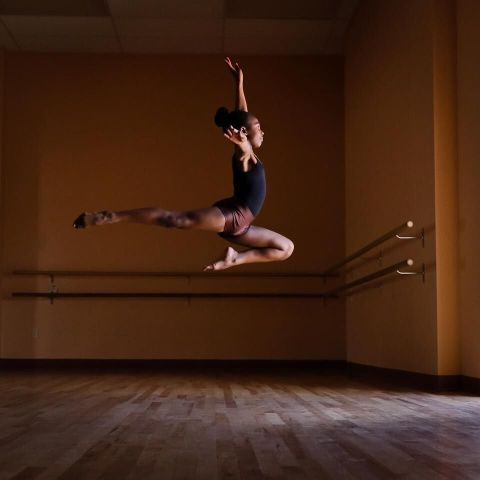 At the beginning of the school year, Madison Egbon, a sixth-grade student at Falcon Middle School in Falcon School District 49 became the first student in the district to be formally identified as gifted in dance. D 49 has developed a process, with the approval of the Colorado Department of Education, to recognize gifted students through a portfolio presentation, interview and performance evaluation.

Egbon started dancing at age 3, and her favorite dance genre is contemporary. “I like contemporary because there are not a lot of rules in it,” she said. “In the other genres, there is a lot of technique involved but in contemporary you just flow with your body.”

During her competition season, which lasts from February until the summer, Egbon said she practices every week day for almost 20 hours per week at her dance studio, Revolution Dance Academy in Colorado Springs. Spending that much time dancing means she often has to eliminate other school-or-friend-related activities.

“It is really hard to sacrifice how much I have to,” Egbon said. “Sometimes I will get invited to a sleepover, and I cannot go. Like, right now, our studio is putting on a ballet production based off the movie ‘Into the Woods’ and we practice on Saturdays, too.”

She is also part of the Awana Club (a global, nonprofit ministry) at her church, which she enjoys but sometimes misses because of extra dance rehearsals. However, Egbon said she is committed to learning the verses she needs to know for Awana, and spends extra time catching up to stay on track.

Egbon said she also likes arts and crafts, and wrote a poem, “Periwinkle Blue” in her fifth-grade year at Meridian Ranch Elementary. The poem was published in the Creative Communication spring 2016 publication.

Being an elite dancer sometimes makes it difficult to relate to other kids her own age, Egbon said. Her school friends will invite her to go out for ice cream, which is hard because even though she loves it, she said that type of food makes her ill. “We usually only eat pasta and vegetables,” she said. “At first, before I became a dancer, my parents always encouraged me to eat healthy because I was a gymnast. They have always been really supportive of that.”

She has become close friends with fellow dancers, who understand the necessary commitment and sacrifices it takes to become accomplished in an art form.

“I really like being a dancer, and doing rehearsal for 10 hours is so interesting to me,” Egbon said. “I imagine myself getting up and getting ready, going to the rehearsal spot and hanging out with my friends, and then going to get coffee with them.”