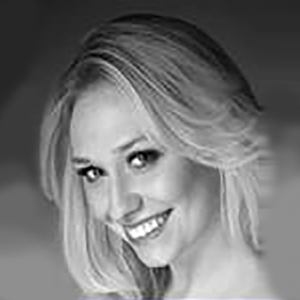 Brieanna Mary will be teaching all levels of ballet! We are very excited to have her joining our amazing team at RDA!

Brieanna Mary Olson was raised in Colorado Springs, Colorado and trained under the direction of German and Valentina Zamuel and Mark and Sandra Carlson. Brieanna Mary has been awarded numerous scholarships including The Denver Ballet Guild Young Dancers Competition, Esther Geoffery Young Dancers Scholarship Competition twice and Youth America Grand Prix (YAGP). Brieanna won the Grand Prix Award at the regional competition in Denver, Colorado, and continued on to the YAGP New York finals where she was an accomplished two-time top twelve finalist. Brieanna Mary has also received numerous scholarships with The Washington Ballet School and had the privilege to perform in Septime Weber’s The Nutcracker. Brieanna was the Cricket in Debbie Allen’s Pepito’s Story.

Brieannas professional career was with Ballet San Jose where she danced under the direction of Dennis Nahat, Wes Chapman, and José Manuel Carreño – all former principals with American Ballet Theatre. Brieanna has performed in many soloist and principal roles including Maria in Nahat’s The Nutcracker and Swan Lake. Bruch Violin Concerto No. 1 choreographed by Clark Tippet and Paquita. Including works by George Balanchine’s Square Dance, Allegro Brilliante, Serenade and Who Cares?. As well as Anthony Tudor’s Continuo, Ben Stevenson’s Cinderella, Jerome Robbins Interplay and Dwight Rhoden’s Evermore. Ms. Olson’s extensive career has brought her back to Southern Colorado where she will finalize her certification in Gyrotonics and be able to share her professional training and experiences with the next generation of dancers.